Keep Your Children Active and Healthy this Summer!

The school year is coming to a close and children are about to begin their summer vacation. Today, it is getting more and more difficult for parents to pull kids away from their electronic devices and get them to spend some time in the fresh air. Installing an outdoor court in your yard can be the perfect way to keep your children safe and entertained this summer. 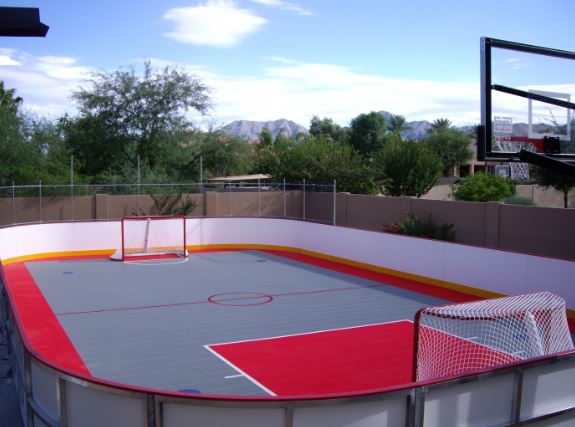 A Hockey Rink for All Seasons

Hockey season is coming to its end; the Stanley Cup Finals are underway. All over the country, people are cheering on their favorite teams, or perhaps adamantly cheering against conference rivals. Hockey, especially in the northern states, has some of the most diligent fans in professional sports.

The 2012 NCAA Division I Women’s Volleyball Championships to be held December 13 and 15 at the KFC Yum! Center in Louisville, KY will be contested on courts from Connor Sport Court. Sport Court is once again featured as the official playing surface of the Championships, as well as the Regionals held December 7 and 8 at Haas Pavilion in Berkeley, Calif.; CenturyLink Center Omaha in Omaha, Neb.; Gregory Gymnasium in Austin, Texas; and Mackey Arena in West Lafayette, Ind.